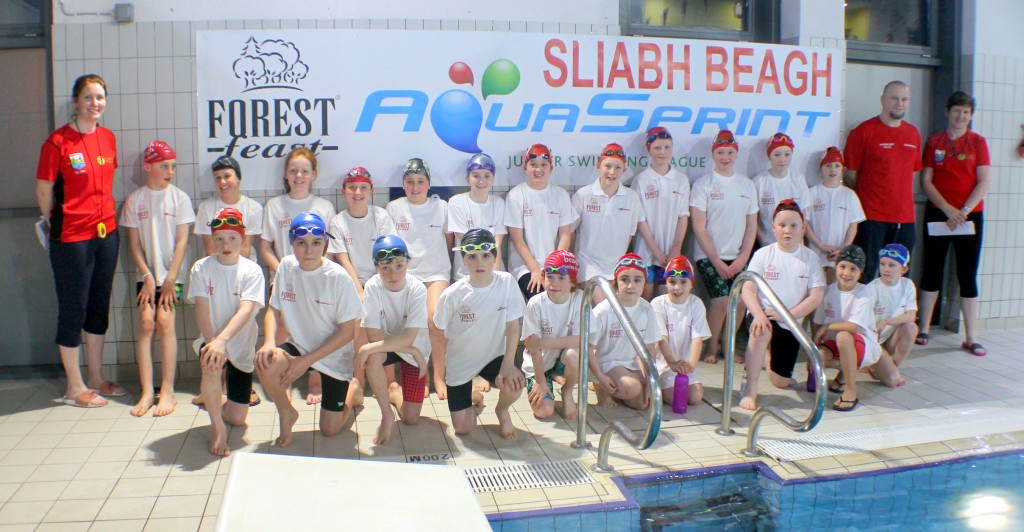 Portadown travelled to Monaghan on Saturday 8 January for their second aquasprint gala of the season. Still recovering from their Christmas Break, Portadown swimmers were feeling a little anxious as training had only started back the previous Wednesday.

Portadown were made feel very welcome by Sliabh Beagh and the gala got off to a great start however Portadown were soon in the lead as they won 3 out of the 4 relays. Two of the relays were so close it was difficult to know who had the points. This created a great competitive atmosphere for all the young swimmers. For some swimmers from both teams this was the first aquasprint gala they had competed in and there were a few nervous kids on the blocks.

There were a quite a few close individual races which was difficult for those with the duty of touch judge. The individual events were even with both teams have strong swimmers in each age group.

Portadown won all 4 freestyle relays which were very close but gaining these points placed Portadown in the lead and secured victory.

Thanks to Sliagh Beagh who provided a lovely supper for both the kids and parents from Portadown and a great night was had by all.