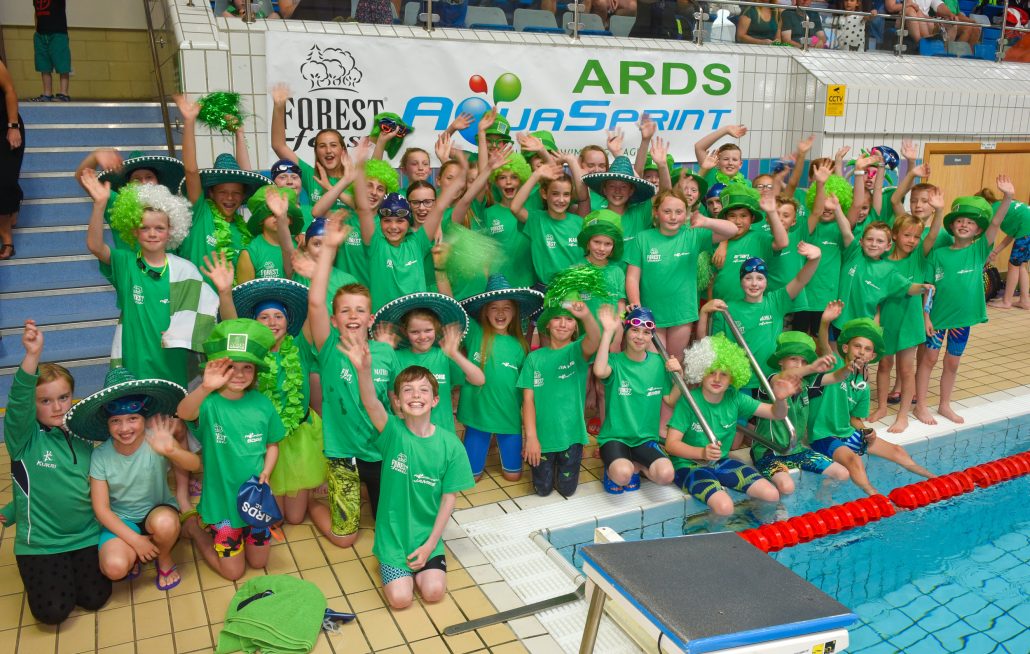 The competition, which saw over 1,500 of Ulster’s most promising young swimmers compete for the top spot, took place across ten locations, with five separate divisions battling it out for top place. With over forty races in each gala the competition was hard fought by all.

Division 1 saw longstanding champions Ards battling it out with rivals Banbridge and Bangor in Lisburn Leisureplex to defend their title. In true style, for the sixth year, Ards proudly brought home the ForestFeast AquaSprint title, with Bangor coming in 2nd closely followed by Banbridge in 3rd place.

Ballymena battled it out against Portadown and City of Belfast at Aurora Swimming Pool in Bangor to be crowned competitors of Division 3. Larne Lesiure Centre hosted the Division 4 heats, with Lurgan and Leander giving it their all on the day, Larne reigned supreme on the day, followed by Leander in 2nd. Division 5 heats took place in Newry Leisure Centre with teams from Enniskillen, Kilkeel and Olympia, in which Olympia took the lead from the off, followed by Kilkeel 2nd and Enniskillen in 3rd.

Andrea Cahill, Marketing Manager at Forest Feast, commented: “We are proud to sponsor the AquaSprint Junior Swimming League for the eighth year; getting kids active is so important and it is such a fantastic way for them to develop their swimming skills and have fun at the same time. Good nutrition and physical activity go hand in hand, and something we really advocate for at Forest Feast so this is the perfect local sponsorship for us.

“We want to congratulate every swimmer who competed; the final is a culmination of hard work and dedication on their behalf, and a credit to their coaches and parents – all of whom deserve to put their feet up and have a rest.”

Forest Feast dives in with AquaSprint

Cookstown just Pipped to the post by Coleraine
Scroll to top